Spectacle removal has grown super useful and comfortable ever since new and high-level surgeries got more recognition and individuals got more knowledgeable. Although there are various surgeries for spectacle removal one cannot pretend one surgery to be better than the other. Every surgery has its benefits with regards to how it is performed, cost, recovery time etc.

Through Eyemantra you can speak to the experts who can brief you a lot more on all spec removal surgery.

Contoura Vision vs. LASIK vs. SMILE – Which is Better?

Glasses, contact lenses or laser surgery – What’s right for you?

There is a very popular saying “Protect your eyes or end up blind”.

No medicine, junk diets or process can help in enhancing eyesight. In case you do not plan to wear glasses then you must go for contact lens or Lasik laser, SMILE, Contoura Vision and many more procedures. They are the best way to remove specs and are an easy process without any pain. These methods will not increase your number irrespective of you wearing the glasses or not as the number gets steady at the age of 18-20 years. Having a balanced diet with green vegetable and nutritious fruits will help in maintaining healthy eyes and body.
If you are not satisfied with the contact lens and need to get relieved from wearing glasses- Then you can get Lasik laser, SMILE, Contoura Vision or ICL done, they are a reasonable and painless procedure.

Benefits we offer after Surgery are :

SMILE
SMILE is a step next to Contoura Vision. It is very commonly known as Flapless LASIK. In SMILE technology, only 1 laser known as a femtosecond laser is applied. The laser cuts out a part of tissue i.e Lenticule which is then dragged out by a little opening to produce vision correction.
The outcomes of SMILE in Hyperopia and Astigmatism are combined so in present the technology is used principally for Myopic corrections till extra research is made for full use.

PRK was the initial attempt by humankind to produce vision correction by lasers. Currently, PRK practices in very specific cases such as thin corneas and SMILE re-treatments.In PRK, no flap is produced and the laser is immediately applied to the exterior of the cornea. Since flap acts as a bandage and PRK is done without the flap. The recovery in PRK difficult and may times painful. Also, the recovery is lengthy, takes about 10 – 20 days to completely recover. Sometimes recovery from PRK can be irregular

ASA is an excellent form of PRK. Streamlight is the most advanced technology giving no flap, no-touch benefits.

ICL
ICL is micro-thin lenses which are inserted over the natural lens of the eye to induce vision correction. Its is alike to a contact lens, just that a contact lens needs to wear daily and ICL is forever implanted in the eye. ICL is normally advised for applicants not proper for Laser Vision Correction. Such may involve individuals with dry eyes, thin corneas.IOLs are medical devices that are inserted inside the eye to replace the eye’s natural lens when it is eliminated during cataract surgery. They are also used for a type of vision correction surgery described refractive lens exchange.

RLE
RLE is also recognised as Refractive Lens Exchange. In this system​, the natural lens of the eye is substituted with an artificial lens. It has the power of both the natural lens and spectacles. It is normally recommended when somebody is not fit for Laser and Lens Implant methods. A patient can take the design and quality of the lens and the procedure can create with a mono-focal, multifocal or a toric lens.

No spectacles are needed after the surgery.

Diet to be taken for Increasing Eye Power- Rich in Vitamins

Taking some vitamin-rich diet like Carrot, pumpkin, sweet potato etc. contain beta carotene, which is the source of vitamin A. A diet must contain an extreme amount of vitamin C in orange, amla, tomatoes, capsicum etc. Before bedtime, eating 1 spoon of amla powder can also increase the eyesight. Also, Vitamin-E is very necessary to include in your diet take sunflower seeds, almonds, peanuts, spinach, soya bean, kiwi, mango, Turnip etc. Vitamin A is very essential in removing spectacles and keeping eyes healthy. Eat more of Vitamin A rich foods in your diet.

Which is the most suitable procedure for specs removal- LASIK, Smile, Contoura Vision, or ICL?

WE UTILIZE THE VARIOUS PROCEDURE FOR CORRECTING PEOPLE’S VISION!

At Eyemantra, we are a team of skilled ophthalmologists who’re skilled in performing the LASIK, SMILE, ICL surgeries and transplants for everyone who uses spectacles or contact lenses. As a mainstream treatment for weak eyesight, LASIK is a safe procedure with very rare complications. Laser specs removal surgeries performed by us have served people leave their spectacles forever. 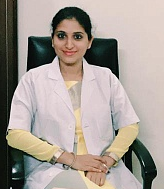 “Dr. Rajiv Mohan is a renowned ophthalmologist who has been instrumental in providing quality eye care and education in Northern India, both in private and charitable sectors. He received his medical degree from University College of Medical Sciences, Delhi in 1985 and Masters in Ophthalmology from Karnataka University in 1989. In 1990 he did his advanced medical training in the field of vitreo- retina from England and got his FRCS (Glasgow) in 2002. “ 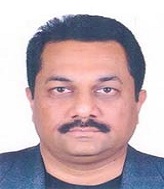 “Qualification: MBBS from SMS medical college Jaipur
MS from Dharwad university, Belgaum.
Trained for higher surgical training in Scotland U.K for 2 years.
FRCS
Experience: Dr. Sanjiv Mohan has an experience of over 18 years as an Ophthalmologist”

Get in touch by filling the form below