When a patient with an eye condition is looking for correct refractive surgery like LASIK for eye corrective other than spectacles, there are some criteria that the patient should fall under. one of these criteria is corneal thickness. There should be enough corneal tissue available to make a flap. If the cornea is not thick enough to make a layer of at least 300 microns under the flap then LASIK is not the best refractive correction for the patient.

Why corneal thickness is important?

The cornea is the outer front of the eye. An average cornea thickness ranges from 540-560 microns. You will need at least 485 microns thick corneal tissue to be eligible for the LASIK surgery. 12 to 14 microns are removed per diopter unit for vision correction. For example, if you have -2D refractive error, 24 to 26 microns corneal tissue will be removed.

In LASIK, corneal irregularities are treated by fixing the corneal tissue. The surgeon will cut a flap in the epithelial layer of the cornea and remove/fix some tissue, then put the flap back to heal. Numerous eye conditions like Farsighted, Nearsighted, and Astigmatism are corrected.

LASIK is one of the best eye corrective surgery out there. However, not everyone is well suited for it. Along with thin corneal eyes, LASIK also can not be performed on a person with a strong eye power prescription, because too much corneal tissue will be removed in the surgical procedure for the correction. The good news is various other alternative eye corrective surgeries are available.

During Photorefractive Keratotomy, PRK, the surgeon will remove the topmost layer of the cornea. The topmost layer called the epithelium is removed using an alcohol solution, to expose the stroma. The ophthalmologist then reshapes your cornea using a laser to ensure a spectacle-free vision. There is no flap raised, and only the epithelium is removed, which grows back over three to four days. After the procedure, the surgeon inserts a bandage contact lens to protect the cornea until the epithelial layer grows back. The thick contact lens also helps decrease the discomfort during this time, which has been variably described from being mild to moderate, along with the sensation of having “something,” or a foreign body, in the eye.

The Disadvantages of the surface ablations, including Supra LASIK, are:

The Obvious Advantage of ASAs is that they are useful for patients who have had a cornea transplant before. However, the potential advantage that they are deemed to offer to people with thinner corneas is now being challenged.

LASIK technology grows more advanced and customized to the needs of the individual cornea. Thus surgeons prefer to offer one of the newer variants of LASIK, even to patients with thinner corneas.

Phakic intraocular lenses commonly called ‘implantable lenses’ are also a great substitute for those with thin cornea. In this procedure of correct refractive surgery, implant lenses are placed between the iris and cornea, also the natural lens remains intact in this process. Phakic IOL is like contact lenses that are permanently settled in your eyes. people with myopia should find these lenses suitable.

The shape of the cornea is changed during LASIK surgery, influencing one’s vision. Therefore, it is important to choose the surgery procedure wisely to keep your vision and eyes well. Above mentioned surgeries are a good substitute for LASIK to correct the refractive error. Still to know the best suitable type of surgery get your eyes examined by an eye doctor ask for suggestions.

If you are also looking for Correct Refractive Surgery in Thin Corneas, visit EyeMantra today.

Our expert will guide about the Surgery in detail. We also render various services like spec removal,  Computer Vision Correction, Paediatric Ophthalmologist, etc. 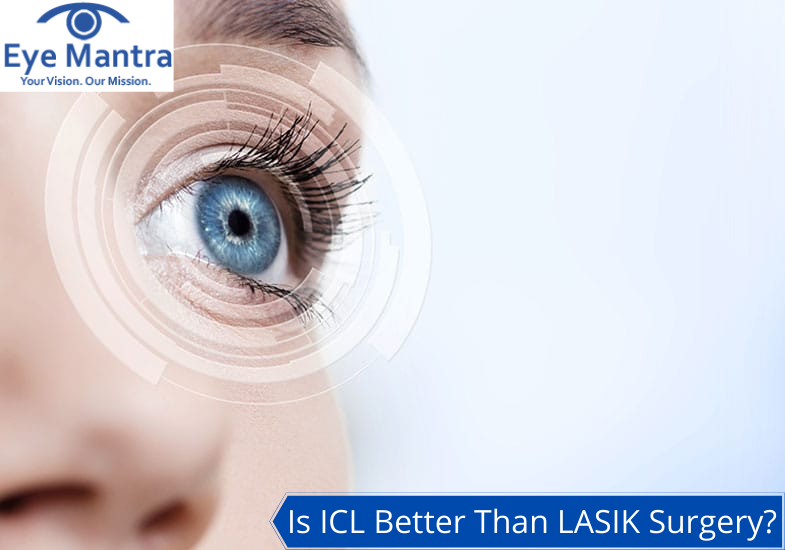