There are certain steps in the whole procedure, which have been mentioned below: –

In the primordial form of cataract surgery, a certain form of instrument having a metal or diamond blade was used. The surgeon used to create an incision in the particular section, where the “cornea meets the sclera”. But with the arrival of FLAC technology, the procedure has become much easier and less risky. While performing FLAC , a thorough surgical plan is created by the surgeon for the corneal incision. And it is done with the assistance of a 3-D eye image known as OCT (optical coherence tomography).

The purpose is to generate an incision. It holds factors like a certain location, a certain amount of precision, and a certain depth in all planes. Both variables are known as “OCT and femtosecond laser”. These allow the surgery to be performed in a more precise and accurate manner.

The natural lens of the eye is encompassing a very thin, clear capsule. Anterior capsulotomy can be defined as the removal of the foremost portion of the capsule. During this, the cataract surgery is being performed by the surgeon with his hands. But in the case of a FLAC, the anterior capsulotomy is performed with the help of a “femtosecond laser”. This process has a similarity with another form of correctional surgery known as “LASIK vision correction surgery”. According to a certain number of studies, the application of FLAC has waved a path for enhanced centering of the intraocular lens.

When the anterior capsulotomy has been performed, the procedure of removal of cataracts can be initiated by the surgeon. In the primordial form of cataract surgery, it was the ultrasonic device that was inserted into the incision. And this same device only breaks up the cataract. Also, in this old form of procedure known as “Phacoemulsification”. There can be the formation of heat in the incision, due to ultrasound energy. This whole rudimentary procedure can lead to the burning of the incision and a severe level of imparity in the vision of the person.

But with the utilization of FLAC, the cataract becomes softened while breaking up. And with its bifurcation into smaller and tinier pieces, the cataract can be removed, with the application of less energy. So, the probability of the incision getting burned becomes very less.

There is one more important benefit of laser surgery, which is that the probability of capsule breakage also becomes minimal. It further prevents the occurrence of severe vision problems in the person’s successive years. The density of the lens capsule is utterly thin and so it becomes paramount. Then after the cataract surgery, the portion, which is left inside the eye, remains undamaged. So, the IOL can retain its precise position for an accurate and clear vision.

The application of energy becomes so less in “phacoemulsification” during the procedure of laser cataract surgery, that the whole procedure becomes much safer and diminishes the chances of problems like “detached retina”.

Another way FLAC can be defined is when the femtosecond laser, removes the damage of surrounding tissue in the eye. Then plasma gets formed because the energy released by the femtosecond laser is absorbed by the tissue. After that, there is the origination of cavitation bubbles due to the plasma consisting of ever-expanding “free electrons and ionized molecules”. And then the tissue gets separated due to the force, which is a result of the generation of the cavitation bubble. The principle of photo disruption is applied in FLAC, which can be defined as a procedure, in which laser energy is converted into mechanical energy.

The application of FLAC has resulted in accurate corneal incision, expected and circular capsulotomies, and as a result of which the phacoemulsification steps have become much secure. For the time being, Femtosecond laser-assisted cataract surgery is a highly viable and better alternative option to the traditional model of eye surgery but the expenses of FLAC are much higher in comparison to expenses incurred by a patient during the traditional mode of surgery. Femtosecond lasers have been considered a revolution in the field of “Opthalmology” because it provides better accuracy in the procedure. The safety and efficacy have also been confirmed by those patients, who have undergone FLAC.

The only disadvantageous fact about FLAC is its high cost but the gold standard of safety and accuracy it provides, do certainly, make up for the increased cost.

About Cornea and problems related to it
All About Heterochromia 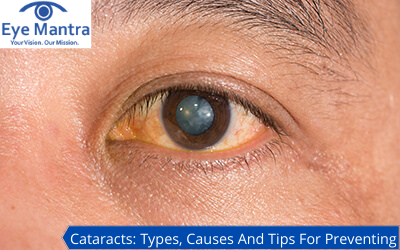