The droopy eyelid or ptosis is a medical disorder that occurs due to various reasons. It is generally seen in adults. It can be temporary or permanent. Congenital ptosis is when the person has this defect present since birth. Acquired ptosis is when the defect develops in an individual in the later years of their life. It is also called unilateral ptosis when only one eye is affected and bilateral ptosis when both the eye is affected. In this condition, the upper eyelids block and reduce the vision of the affected person. This obstruction depends on the amount of area covered by a pupil by the eyelid. This medical condition usually gets resolved naturally in some patients and in some medical intervention is needed.

In children the condition may occur as an acquired ptosis or congenital ptosis. In congenital ptosis the child is born with defect in the levator muscle present in the eyelid and has droopy eyes. The upper eyelid creases do not line up evenly in the children having ptosis. To have better vision, they need to lift up their chin, pull head back and lift their eyebrow in order to lift the eyelid. This temporary solution causes neck pain in children. The condition may become worse and can cause amblyopia in them. The children with droopy eyes tend to have misaligned eyes and can also have astigmatism. They can also have eyes related diseases, tumours and eye movement problems. Children with ptosis should regularly consult ophthalmologist for better vision.

There are several causes for drooping eyelids such as:

The other medical conditions present in the body can be a potential risk factor for both adults and children suffering from the disease. If both the eyelids get affected due to ptosis then it may be due to some underlying medical conditions. If only one eyelid is affected then in most cases it is found to be a temporary defect and gets back to normal after some time. It can also be the result of some nerve injury in the eye or maybe a side effect of surgery performed in the eyes. Neurological conditions are the major cause of the disease in humans as the nerve responsible for holding the eyelid gets affected. Myasthenia gravis is one such neurological disorder that causes ptosis in people. In some patient’s droopy eyelids is caused due to serious medical conditions including stroke, brain tumor and cancer of nerves and muscles.

An ophthalmologist would be doing a complete eye test and would examine eyes properly before prescribing the treatment method. The test done would be a physical test and the doctor might ask you questions related to your health and any previous conditions you had or not. He would ask about the length to which the eyelid droops. They may also perform the slit lamp exam in order to take a close look at your eye with the help of high-intensity light. Eyes drops used for dilating eyes may be used in order to have a better view which may cause slight discomfort to you.

Tensilon test is also done to diagnose issues related to ptosis. This test helps in determining whether ptosis is caused due to myasthenia gravis or not. In this test you would be injected with the drug called tensilon and the doctor would ask you to perform somebody’s movements like crossing and uncrossing legs and arms, sitting, and standing multiple times. Then they would assess whether your body movement was better under the influence of the drug or not. If they were better then it indicates the presence of myasthenia gravis which had caused ptosis in the person. If the movements remain the same after the effect of the drug then we can cancel out this cause of ptosis.

The treatment depends on the different causes and the severity of the drooping eyelids. In the conditions of old age or if you are born with it, the doctor will explain that nothing can be done to treat it as it is not harmful to health. However, they might give you an option for plastic surgery to reduce the drooping.

There are different kinds of treatment for some cases like drooping eyelids caused by an underlying condition or eyelids blocking your vision. In these cases, your doctor might recommend you to go through surgery.

In the procedure of surgery, the doctor would tighten the levator muscle and would fix the eyelid in the desired position. Children suffering from ptosis have generally prescribed the option of surgery as it reduces the chance of getting amblyopia or lazy eyes. The other surgical method involves the use of forehead muscles are used to elevate the droopy eyelid. There are risk factors involved in getting surgery including dry eyes, scratched cornea, or hematoma (collection of blood). Sometimes the doctor may place the eyelid too high or too low causing discomfort to the patient. So, it’s recommended to seek proper medical advice before taking any treatment options.

There is no way to prevent Ptosis. But you should be very vigilant if you have any kind of symptom and consult the doctor before the situation gets worse. Make sure you get your eyes examined once in a year even if you don’t have any symptoms whereas go for regular checkups if you are suffering from any kind of eye problem.

If you think that your child is getting droopy eyelids to make sure to consult a doctor immediately as for them it can be a serious issue which can cause blocked vision. Do not take Ptosis lightly because in some cases it has caused long term vision problems.

Ask your doctor before trying anything at home because you might hurt your eyes rather than helping them. Do not do any kind of treatment on your own as it might lead to serious issues in your eyes. In some cases, Ptosis can be treated easily, where people go to the doctor in the beginning only not waiting for the disease to grow up more and injure your eyes severely.

To know more about it, you can easily visit our website Eyemantra. Our expert guides will provide a healthy diet chart for your eyes. If you are looking for other services like cataract surgery, Retina surgery or Ocuploplasty you can simply ring at +91-9711115191. Even you can simply mail us on  eyemantra1@gmail.com. 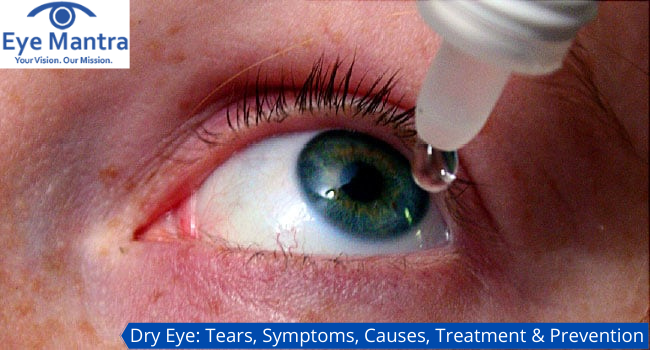