Originally, the bifocal lens was invented by Ben Fraklin.

A bifocal lens has a long history to go-

1938- Feinbloom from Newyork reported a segment bifocal CL and trifocal CL. However, they didn’t come in any clinical purpose as no measures were taken for the rotation of the lens.

1957-Declare in London, developed simultaneous-vision bifocal which was free from a rotational problem which now has become a basic formula for current bifocal lenses.

In the latter half of the 1980s and 1990s – The nonspherical progressive multifocal lens and diffraction progressive contact lens were introduced. In this phase, a large number of bifocal products were introduced. As some of the lenses got huge popularity while the demand of others got diminished over time.

In recent times, Bifocal lenses have improved a lot which now have developed modified mono-vision lenses with a difference you can make to right and left lenses and introduction of bifocal soft contact lenses came in, in which optical axis coincides with line-of-sight.

Use of a Bifocal Lens

When you’re in your 40s, you naturally develop a disease called presbyopia in this, you gradually decrease the ability to focus on near objects and reading small print. As time goes, when you get into 45-47, it becomes a major issue in your life and everything you try to read from a closed range becomes extremely difficult for you to read. As said by doctors, that there’s no definite logic behind but it is said that with growing age your ciliary body muscles inside the eye don’t work well and become more inflexible.

Some people need a bifocal lens is because of accommodative dysfunction, children develop a condition where they are unable to focus from distance. They also face great fatigue while trying to focus near a distance or while reading or writing in the classroom.

You will see in this disease during childhood period, that they start wearing bi-focal lens and this condition is called as accommodative esotropia. It is one of the common forms of esotropia which is a type of strabismus or also called eye misalignment. In this, the eye needs to focus hard to see any object clearly.

It has a small-segment shape like a half-moon or a letter “D” on its side. It is pointed towards the nasal and down toward the bottom. As advised by the doctor, their segment of the lenses is between 25 and 28mm and in the top segment, some lines are also visible on the lens.

In this, the round bifocal lens is of 22 or 24mm round segment towards the bottom of the lens. It is developed in a way to make your reading easy and but in today’s times, the round segment is not much used commonly.

They were popular types of bi-focal lenses when no-line bifocals were not developed. These lenses are made up of a material that has a round segment, in which edges are blended inwards with the rest of the lens.

These types of lenses are line bifocal, in which the top half part of the lens is that is used to see distant objects is completely different from the bottom half part that is used to see nearer objects. These types of lenses are commonly used by corporate people who need to sit on a desk starring computer for hours. But the popularity of these lenses got diminish over time due to unsightly lines present across the lens.

These lenses are invisible in nature, seamless, and have no visible line present on them. While wearing this type of bifocal lens, you will be able to see a gradual increase in transition in reading power as the lens is extended down toward the bottom of the lens without any visible line present to it. These lenses got popular in such a short span of time as they gave speckies a new different experience. 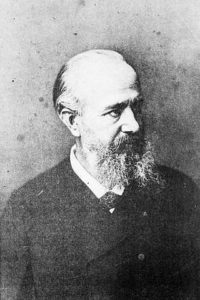 When a bi-focal lens is designed with the use of a convex lens at the lower half, and the least use of convex lens on the upper part. In the 20th century, two lenses are cut in half and combined together, and made a frame out of it.

This method of fusing sections of the lens was developed by Louis de Wecker at the end of the 19th century.

In today’s scenario, the bifocal lens is created in a way by molding a reading segment into a primary lens.

A bifocal lens will help you to see far objects and close up objects with no middle ground. They come with two distant focal areas. In this, we can see visible lines present on the lens.

A progressive lens is no-line multifocal lenses. In this, as there will not be any visible lines which makes it a better option than bifocal lenses.

But in a progressive lens, the power gradually changes from point to point providing the correct power to see objects clearly at any distance.

There are many pros and cons of both lenses, but the difference is you should know that which eyeglasses lenses are best for you for your needs. In progressive, there’s a lack of lines so you can see at three distances at a time, but in the bifocal lens, they have two prescriptions and two distances.

So, there are bifocal and progressive lenses that are available for different needs, have a different range of vision.

The best way to treat your eyes is to visit your eye care professional and get your eyes checked regularly. He will be able to assess the best method of treatment for your eye ailment. Visit our website Eyemantra.To book an appointment call +91-9711115191. Or mail us at eyemantra1@gmail.com. Our other services include Retina Surgery, Specs Removal, Cataract Surgery, and many more.

What Is A Cataract Surgery